FOREIGN AFFAIRS MINISTER HON. MANELE ADDRESSES THE PLENARY OF THE 10TH SUMMIT OF THE OACPS IN LUANDA

Home FOREIGN AFFAIRS MINISTER HON. MANELE ADDRESSES THE PLENARY OF THE 10TH SUMMIT OF THE OACPS IN LUANDA
Go Back

FOREIGN AFFAIRS MINISTER HON. MANELE ADDRESSES THE PLENARY OF THE 10TH SUMMIT OF THE OACPS IN LUANDA 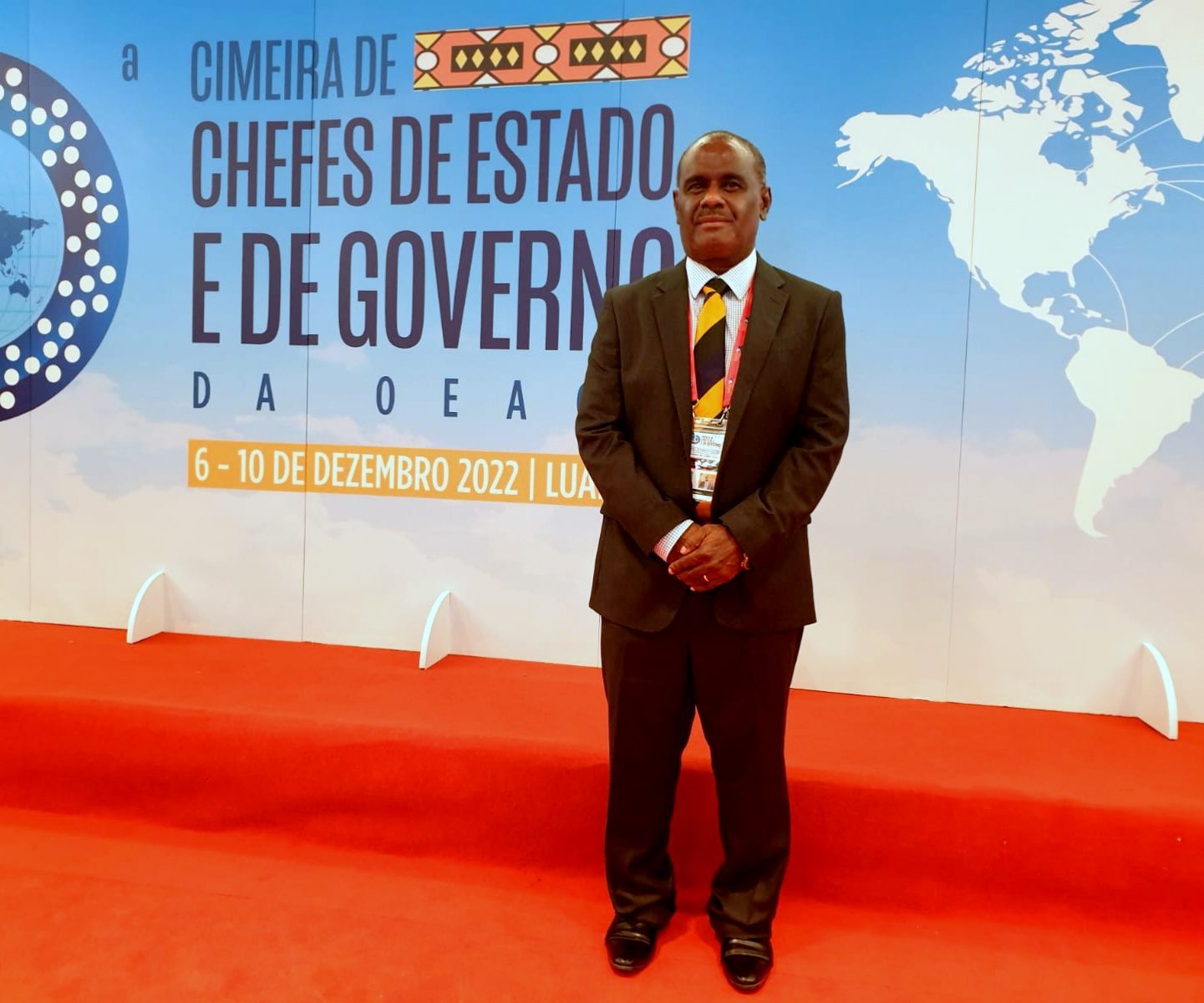 The Solomon Islands Minister for Foreign Affairs and External Trade Hon. Jeremiah Manele addressed the 10th Summit of the Organization of the African, Caribbean and Pacific States (OACPS) Heads of State and Government in Luanda, Republic of Angola, on Friday 9 December 2022.

The 10th OACPS Summit was convened under the theme, ‘3 Continents, 3 Oceans, 1 Common Destiny: building a resilient and sustainable OACPS’ and brought together Heads of State and Government from the 79 members of the African, Caribbean, and Pacific region.

In his address, Hon. Manele referred to the Summit’s theme, and stressed the huge potentials the OACPS possesses as an organization to advance its socio-economic development priorities.

The Foreign Affairs Minister stated, ̏Translating this theme into tangible deliverables and outcomes is crucial in advancing our mutual interests. ̋

Hon. Manele further advocated for Small Island Developing States (SIDS) and called on the OACPS to champion issues on Climate Action as a key priority for the organization in preparation for the next COP 28 that will be held in the United Arab Emirates, including the operationalization of the Loss and Damage Fund agreed to at the recent COP27 in Egypt.

The Foreign Minister stated, ̏As the incumbent Coordinator of the SIDS Forum at the OACPS, Solomon Islands fully realises the opportunity and untapped potential of the OACPS SIDS Forum in global settings, which again demonstrates the value proposition of the OACPS, as vulnerable developing countries. ̋

The Minister also spoke on the importance to build a knowledge-based economy through science, technology, research, and innovation, and highlighted the importance of education as a tool to encourage youth entrepreneurship to positively contribute to the national economy.

The Summit’s plenary session also took stock on the implementation of the previous 9th Summit’s Nairobi Nguvu Ya Pamoja Declaration, that was held in Nairobi, Kenya in 2019, and received a report from the Council of Ministers summarizing the organization’s main engagements and developments.

The 10th OACPS Summit will conclude on 9 December 2022, with Leaders’ adoption of the Luanda Declaration, that will provide the political and policy guidance of the Organization’s directives for implementation, for the next three years.