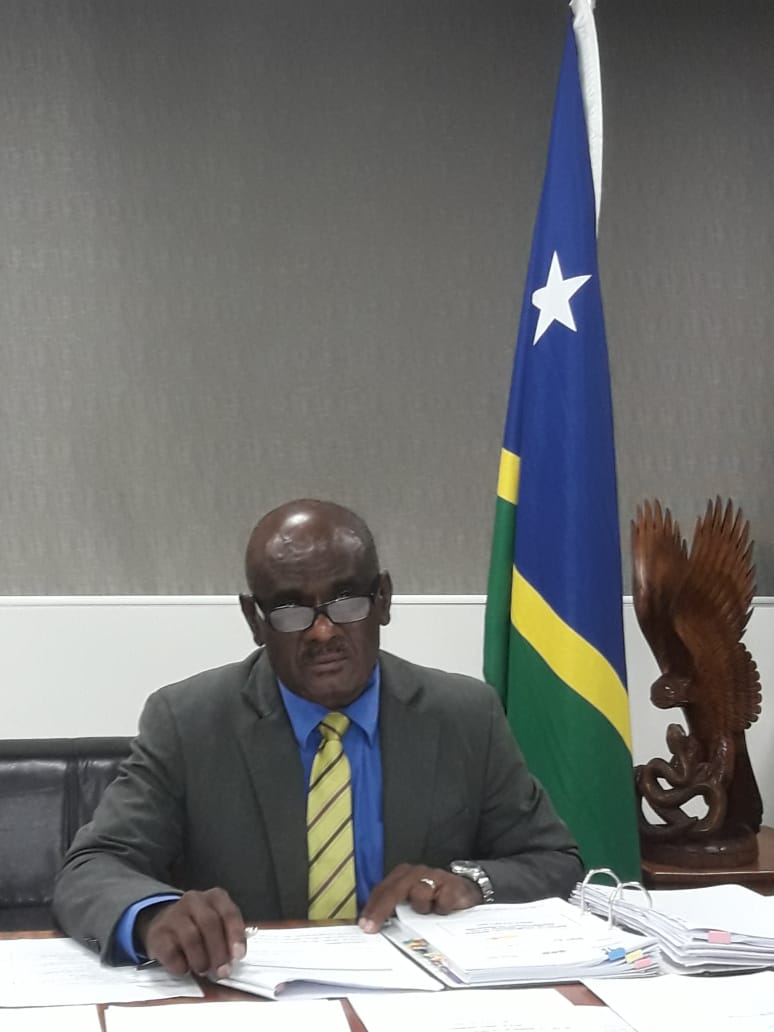 President-In-Office of the OACPS Council of Ministers, Hon. Jeremiah Manele, presiding over the 112th Session

Solomon Islands Minister for Foreign Affairs & External Trade, Hon. Jeremiah Manele, successfully concluded the 112th Session of the Council of Ministers (COM), of the Organization of the African, Caribbean and Pacific States (OACPS).

Hon. Manele presided over the two-day virtual council session in his capacity as the President-in-Office, from 7 to 8 July 2021.

Speaking during his closing remarks, President-in-Office Hon. Jeremiah Manele, conveyed to the Council, “it has been an honour for me, my country and my region to chair this important meeting.”

Hon. Manele commended the Council of Ministers for their collective efforts and contributions during the council’s deliberations.

He further acknowledged the Secretary-General and Secretariat staff for their support, in ensuring the two-day council proceedings were successful.

The 112th Session of the OACPS Council of Ministers stood adjourned on 8 July 2021 and will resume back for its next session by the second half of the year.

The successful conclusion of the meeting marked the end of the Pacific Presidency of the Council through Solomon Islands. The next Presidency will be held by the Southern African region, to which Angola has been designated to hold the title as office of the President of the Council from 1 August 2021 to 31 January 2022.