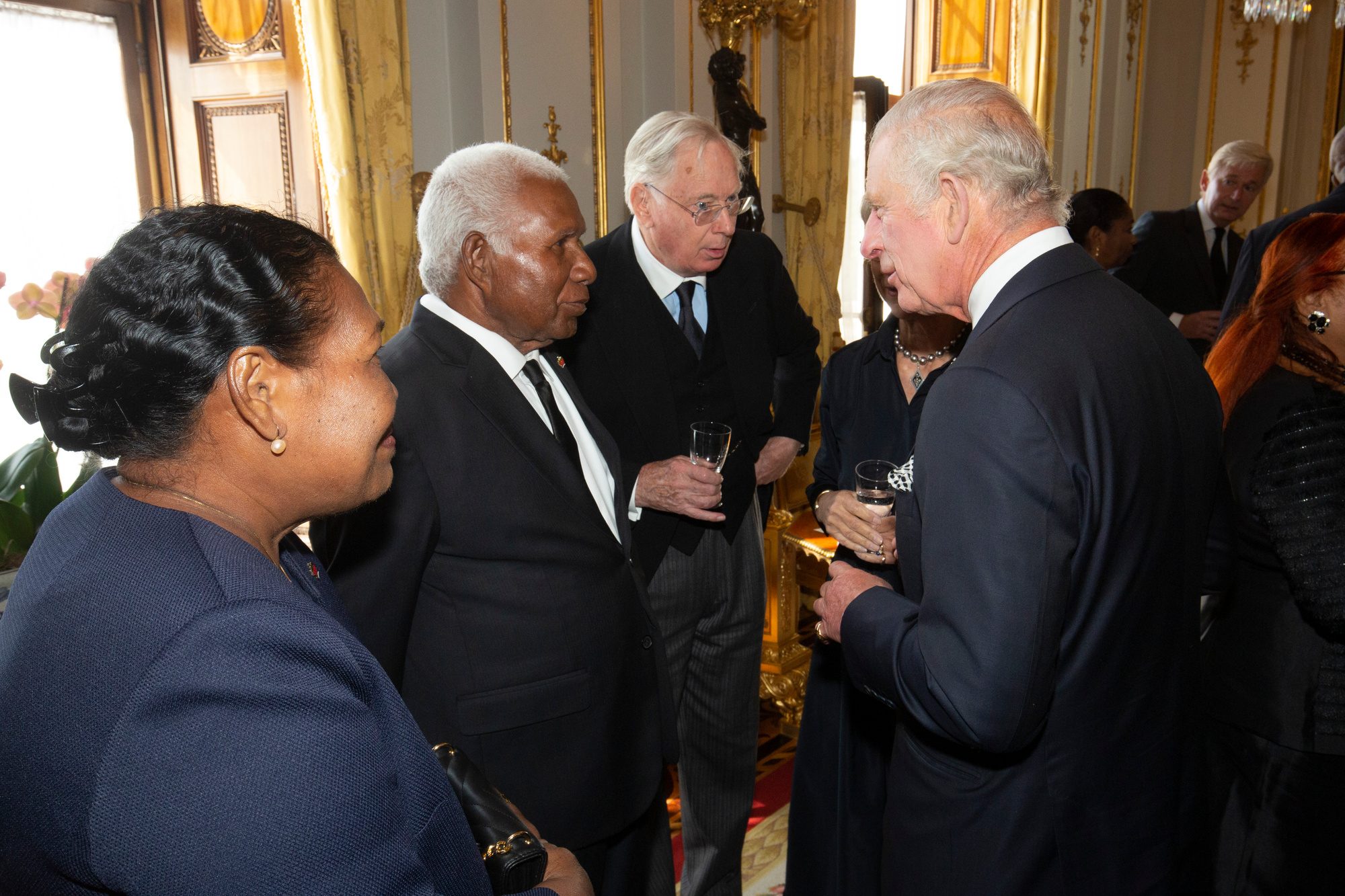 Governor-General Sir Vunagi and Lady Vunagi were amongst 500 distinguished world leaders and dignitaries who attended and paid their respects to Her Majesty Queen Elizabeth II, commemorating her 70 years of reign.

On Saturday 17 September, the Governor-General and Lady attended a luncheon for Governors-General of the realm, hosted by King Charles III, held at Buckingham Palace.

This was followed by a procession to pay tribute to the Lying-in-State of Her Majesty Queen Elizabeth II in Westminster Hall, and a Signing of the Book of Condolences at Lancaster House.

The Governor-General also attended a reception hosted by King Charles III, for all invited dignitaries, on Sunday 18 September.

The State Funeral service of Her Majesty Queen Elizabeth II was held in Westminster Abbey on Monday 19 September, attended by members of the royal family, and dignitaries comprising of representatives of Monarchs, Heads of State and Heads of Government.

The State Funeral service was followed shortly by a Committal Service held at St. Georges Chapel, at Windsor Castle.

Her Majesty Queen Elizabeth II passed away on Thursday 8 September 2022 at the age of 96. The new sovereign – King Charles III, delivered his declaration to the Accension Council on Saturday 10 September.

The Governor-General was accompanied by senior officials from Government House, the Ministry of Foreign Affairs, and the Embassy of Solomon Islands in Brussels.