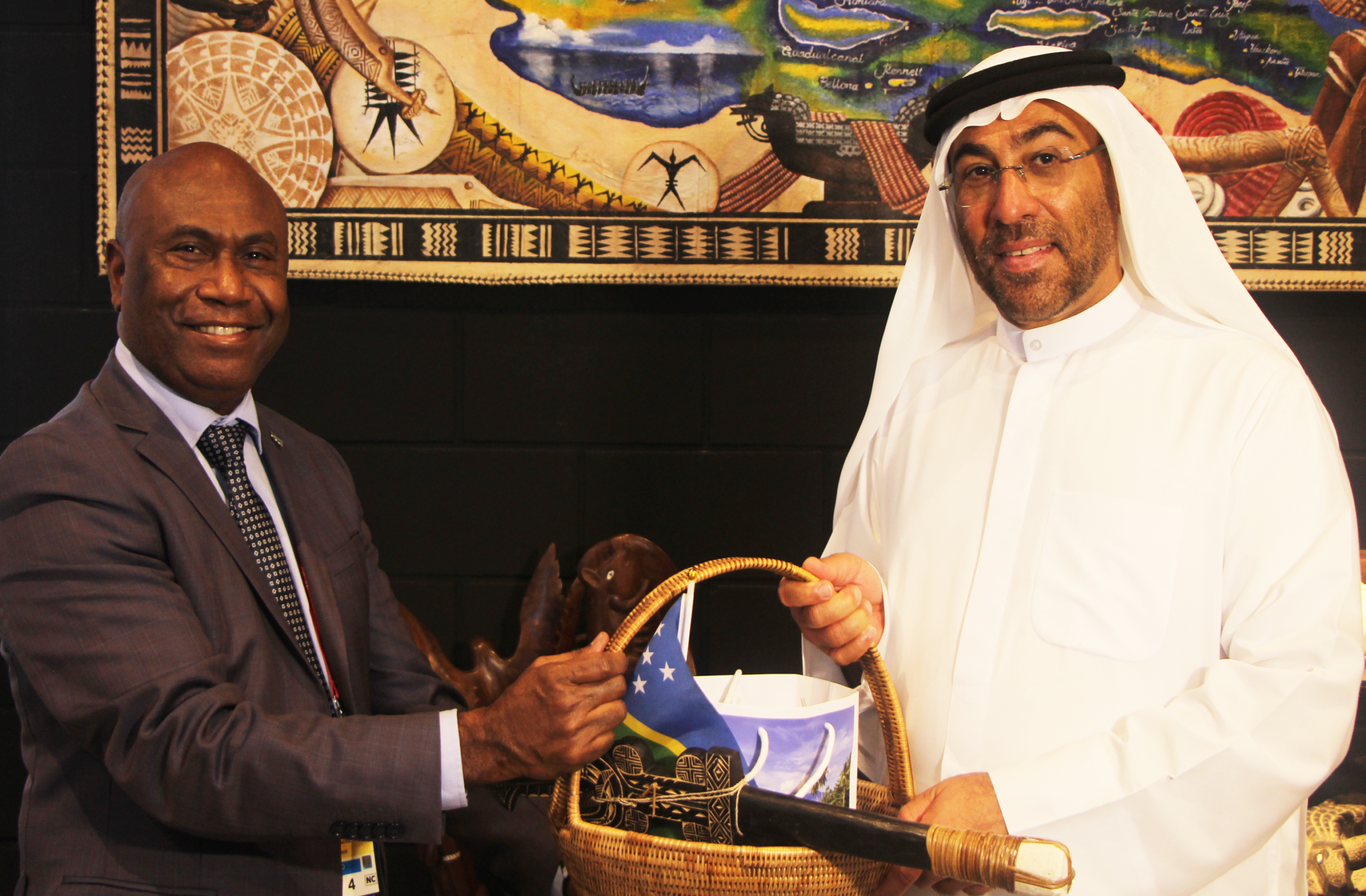 The visit was part of the various other visitations organized by the Expo 2020 Dubai Management which enabled Small Island Developing States (SIDS) like the Solomon Islands to further establish contacts with the respective UAE Government entities and institutions on the margins of the Expo 2020 Dubai.

Upon arrival, H.E. Al Sayegh was greeted by Commissioner General H.E. Moses Kouni Mose and Deputy Commissioner General and Pavilion Director Mr Dennis Marita before being taken on a journey of our Pavilion which had exhibited information and artifacts resembling our history, heritage including our unique  SolTuna, Kokonut Pacific and  Ngali Nut products.

In welcoming His Excellency Al Sayegh, H.E. Commissioner General Mose said that it was an honor for the Solomon Islands Government to have received a distinguished and noble visitor to our Expo 2020 Dubai Pavilion adding that the Government of the United Arab Emirates has, over a decade provided invaluable support especially in the area of Renewable Energy beginning with the inauguration of a solar power plant in Solomon Islands, developed and deployed by Masdar, Abu Dhabi’s renewable energy company, a project that was deployed as part of the US $50 million UAE-Pacific Partnership Fund (UAE-PPF) financed by the Abu Dhabi Fund for Development, the development arm of the UAE government.

In reciprocating to a special gift presented by CG H.E. Mose, His Excellency Al Sayegh also noted the strong bilateral relations that the UAE and the Solomon Islands have enjoyed over the past many years and further took note of the exhibits at our Pavilion.

“When entering your Pavilion, I could sense the immense pride that you have regarding the importance of        preserving your Cultures and Traditions as it is an important aspect of our heritage which we Emiratis also preserve and maintain strongly till today”