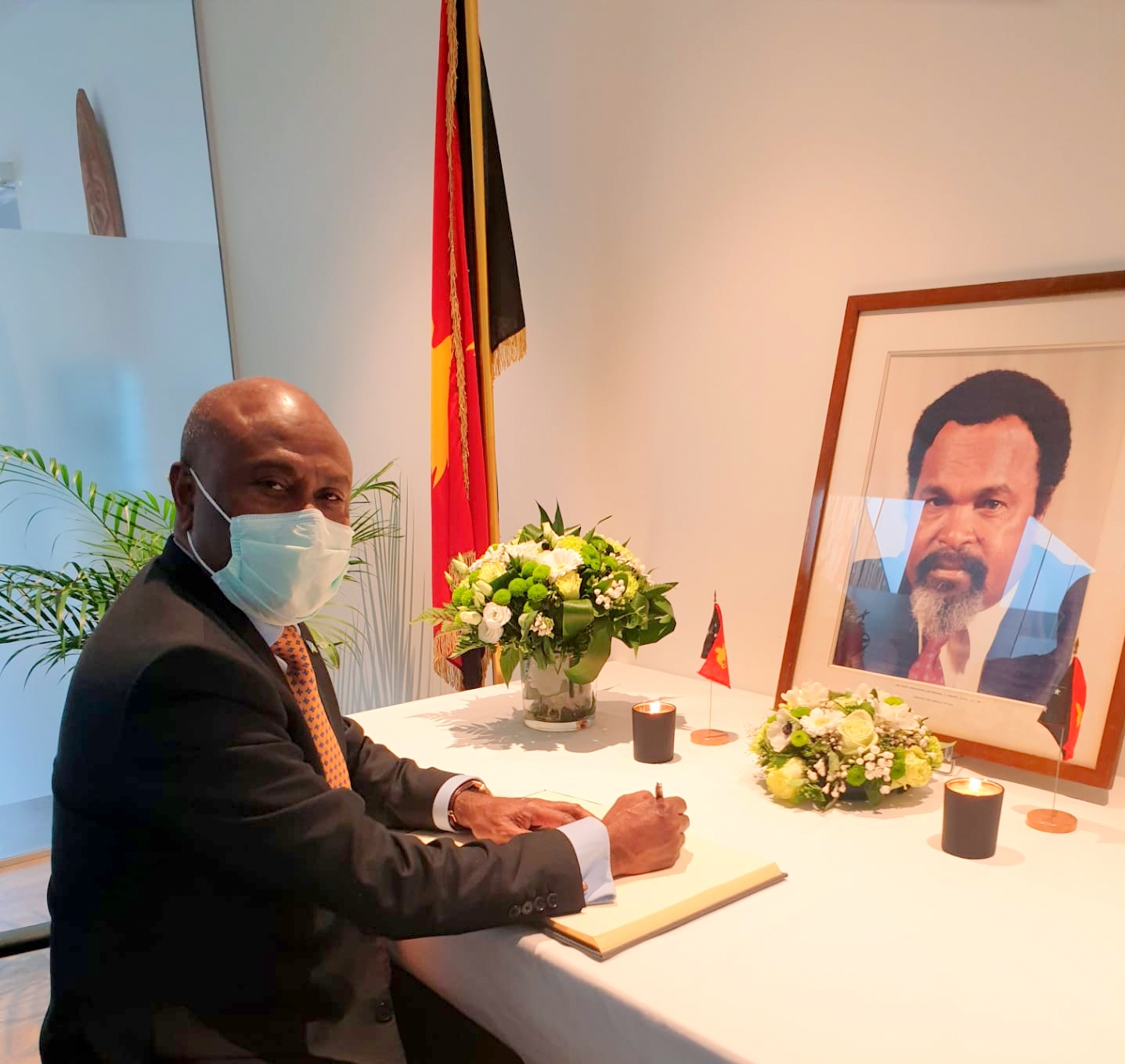 Ambassador Mose also took the opportunity to convey the sincere and deepest condolences, on behalf of the Government and people of Solomon Islands, on the passing of The Right Honourable Grand Chief Sir Michael Somare, and commended the sterling leadership of the late Sir Michael Somare, and his valuable contributions to help strengthen the bilateral relations between Solomon Islands and Papua New Guinea.