MASDAR keen to progress partnership with the Solomon Islands

Whilst the purpose of the meeting was further aimed at strengthening mutual cooperation between Masdar and the Solomon Islands, H.E. Mose first acknowledged Masdar’s initial assistance to the Solomon Islands in 2016 when the United Arab Emirates and the New Zealand government had helped build the first photovoltaic 1 megawart solar power plant as part of the US $50 million UAE-Pacific Partnership Fund (UAE-PPF) financed by the Abu Dhabi Fund for Development, the development arm of the UAE government.

Ambassador Mose also made reference to plans by Solomon Power to roll out its Green Energy program and added that there were a number of other projects that they wish to build in the country. He also mentioned that Solomon Power plans to have 100% Green Energy in Honiara by 2030 .

H.E Mose agreed that if Solomon Power is to achieve its Green Energy goals, they should also seek assistance from external stakeholders to fund their future projects.

Ambassador Mose was accompanied by Deputy Commissioner General and Director of Pavilion to the Expo 2020 Dubai, Mr Dennis Marita. 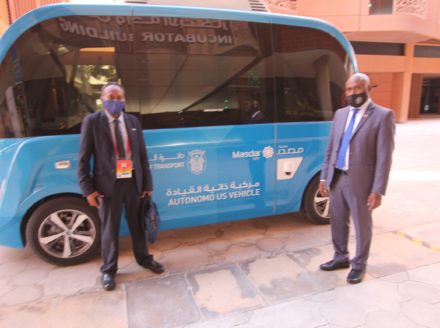 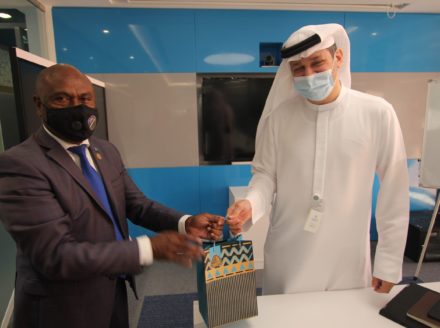