A collective initiative by Pacific Island diplomats currently attending the Expo 2020 Dubai, saw their Excellency’s attending a special meeting at the Kingdom of Tongan Pavilion on Friday 8th October 2021, with the sole purpose of exchanging information and sharing ideas to help support one another during the Expo. They also discussed ways of collaborating with other countries and the UAE government in areas of Technical Cooperation to benefit their respective countries and the Pacific Region.

The Commissioner Generals had the opportunity to openly share some of the challenges that they were facing and further discussed ways of helping each other to address the issues.

Ambassador ‘Akau’ola suggested that a Team be formed to help coordinate and share information amongst all Pacific Island Pavilion Commissioner General’s.

H.E Mose proposed Mr Kelepi Abariga because of his multi-skilled talents and knowledge of Public Relations.

In acknowledging the recommendation by Ambassador Mose, Mr Abariga further suggested that Mr. Tele Faletau be appointed as Chairman of the Pacific @ Expo 2020 Secretariat (PEXPOS) and that he and Mr Sione Sonata Tupou provide administrative support to Mr Tele.

The Meeting concluded with Ambassador ‘Akau’ola hosting a luncheon at the Tiaki Restaurant before the Pacific Islands Pavilion Heads and officials were taken on a brief visit of the New Zealand Pavilion by Commissioner General Mr Clayton Kimpton.

It was also at the luncheon that Ambassador ‘Akau’ola had sought suggestions for a suitable theme that will represent our collective interest.

The Solomon Islands delegation present had suggested the theme; “Connecting our Pacific to an Oasis of Opportunities”, of which everyone had gladly agreed upon. 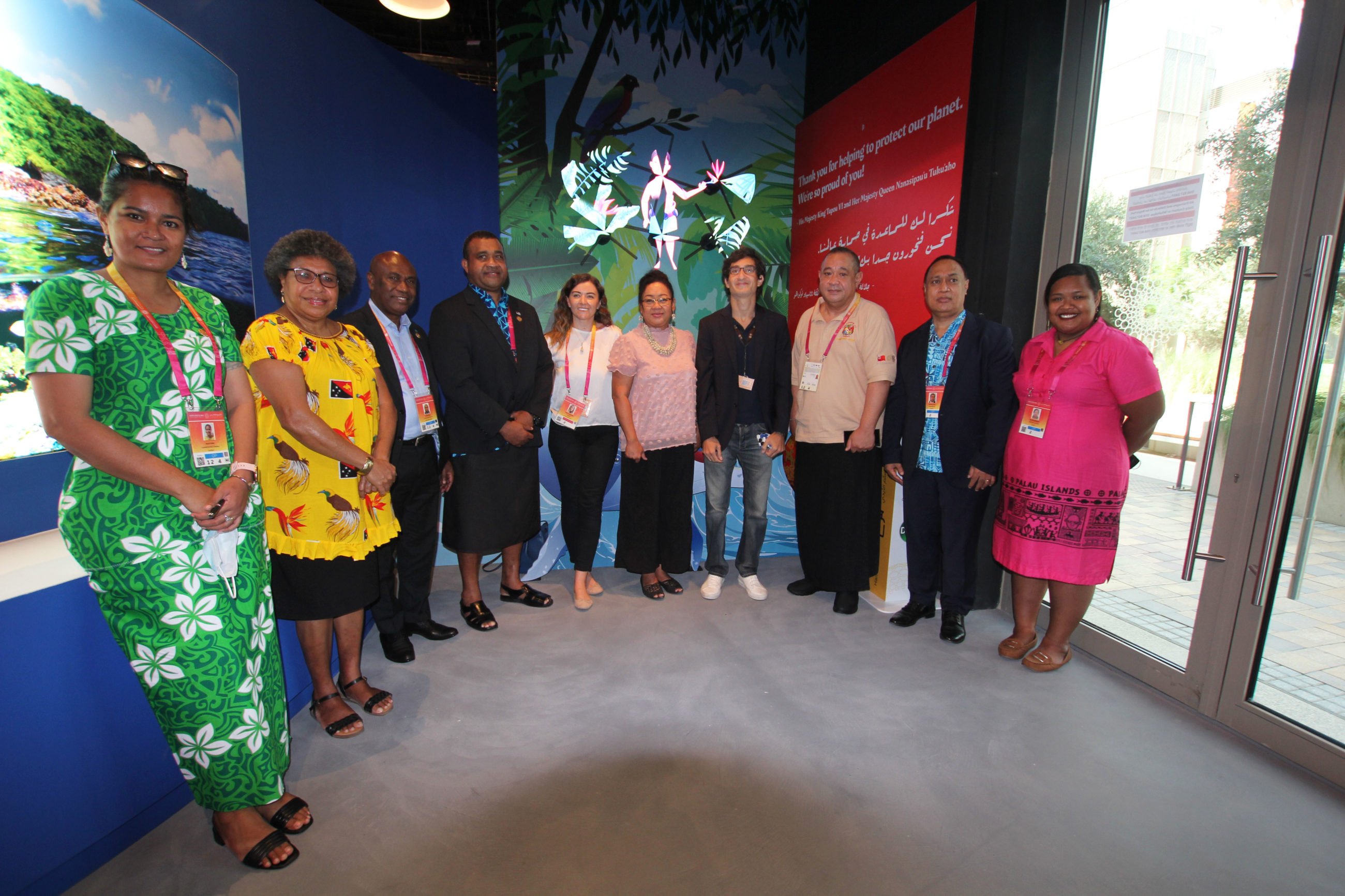