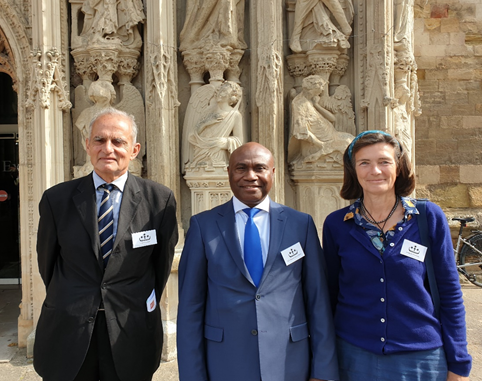 The Government of Solomon Islands has appointed Mr John Geoffrey Freeman as its Honorary Consul in the Consular District of London, United Kingdom. His appointment was facilitated by the Ministry of Foreign Affairs and External Trade through the Solomon Islands Embassy in Brussels, Belgium with the consent of the UK Government.

Mr. Freeman has been appointed and constituted as the Solomon Islands Honorary Consul to facilitate and promote the economic, trade and cultural interests of Solomon Islands in the UK, including providing consular services to Solomon Islands citizens visiting, studying and residing in the UK.

With the closure of the SI High Commission in London in June 2021, the Honorary Consul will complement the work of the Solomon Islands Embassy in Brussels, Belgium in its bilateral engagements with the United Kingdom.

This site uses cookies to improve your browsing experience.

This website uses cookies so that we can provide you with the best user experience possible. Cookie information is stored in your browser and performs functions such as recognising you when you return to our website and helping our team to understand which sections of the website you find most interesting and useful.

Strictly Necessary Cookie should be enabled at all times so that we can save your preferences for cookie settings.

If you disable this cookie, we will not be able to save your preferences. This means that every time you visit this website you will need to enable or disable cookies again.