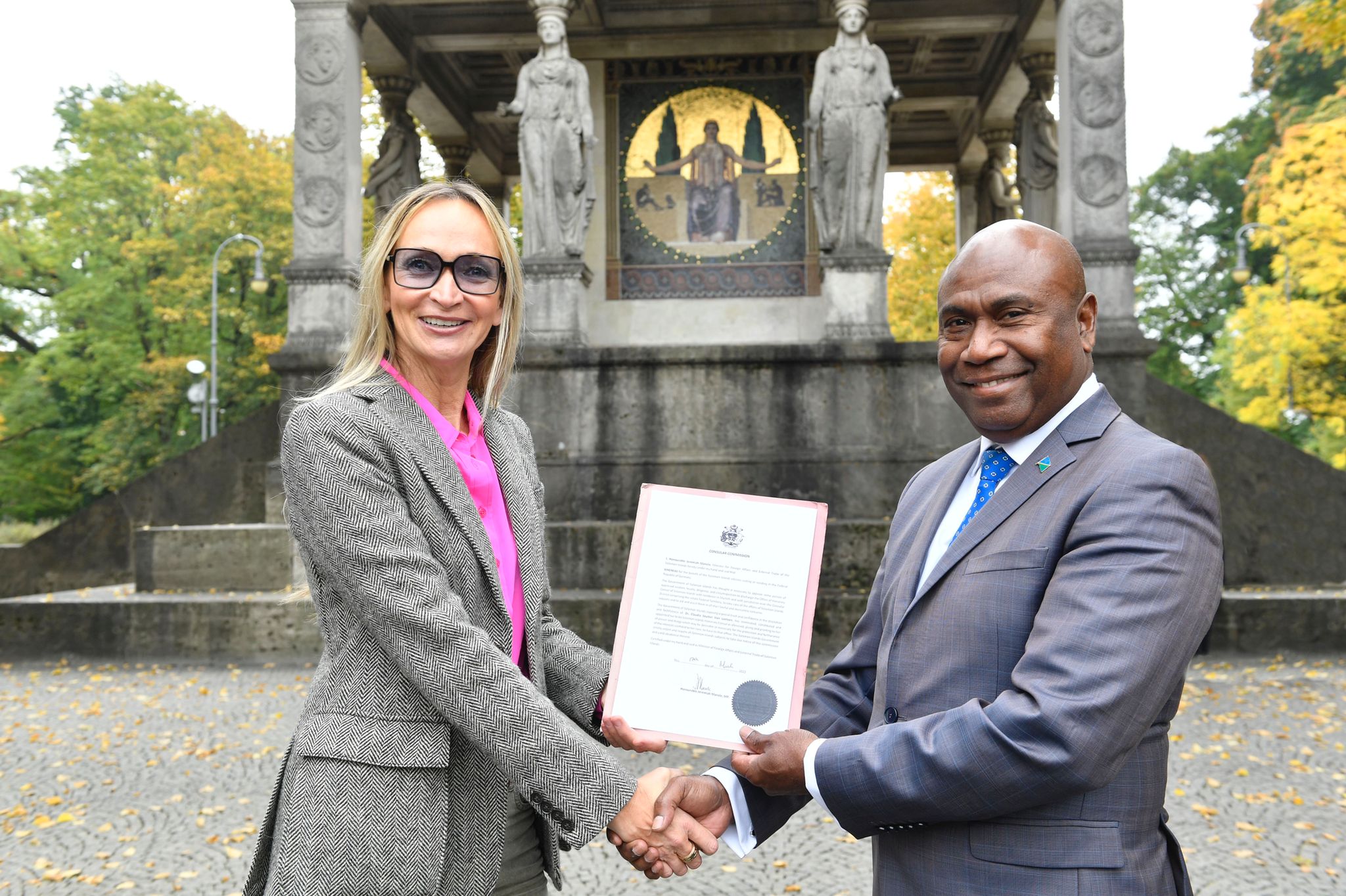 [Above] Ambassador H.E Moses Mose officiating the appointment of Dr. Claudia Seutter von Lötzen as the Honorary consul of Solomon Islands to Germany

Dr Seutter von Lötzen’s appointment was facilitated by the Ministry of Foreign Affairs and External Trade, and through the Embassy of Solomon Islands in Brussels, Belgium, with the consent of the Federal Foreign Office of Germany.

Dr Seutter von Lötzen will work as Solomon Islands Honorary Consul in Munich with jurisdiction over the entire federal territory.

With the appointment of the Honorary Consul in Germany, the Solomon Islands Government aims to increase engagement and bilateral cooperation with Germany in the areas of trade and investment, climate change and renewable energy, education, health, and capacity-building initiatives, as well as on social and cultural exchanges.

In formalizing her appointment, Ambassador Mose held a number of bilateral meetings with the German Federal Foreign Office and other Agencies to introduce the Honorary Consul.

“We are very pleased to have found such an accomplished honorary consul candidate for our country in Dr Seutter von Lötzen. With her on-the-ground knowledge of Solomon Islands, as well as her professional expertise here in Germany, we are sure that she will represent our country in the best possible way,” explains H.E. Ambassador Moses Mose.